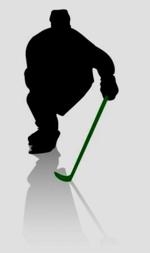 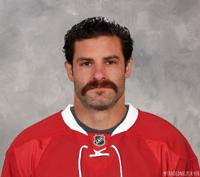 Mike Brown's family were residents in Skokie back in 1992 when Mike was seven years old and his mother brought him and his older brother Danny to the Skatium to try out skating and hockey for the first time. From that point on they were hooked on the sport and Mike began playing on a Skokie Flyers Mite team in 1992. He progressed through Pee Wee level in the Skokie Flyers house league program before his family relocated to Northbrook in 1998. Mike also was a regular participant in the outdoor Skokie Scorch Roller Hockey program that the park district ran every summer.

Mike eventually moved through the hockey ranks playing travel hockey in Northbrook, AAA hockey and then was selected on the US National Team where he enjoyed a successful season and accepted a hockey scholarship to the University of Michigan. After his freshman year at Michigan the Vancouver Canucks selected Mike in the 5th Round of the 2004 NHL Draft. He left Michigan after his sophomore year to pursue his dream of playing professional hockey. He had impressed the Canucks with two strong seasons with Vancouver's top farm club - the Manitoba Moose of the AHL. One of Mike’s biggest strengths is as a penalty killer. His first season with Manitoba he tied the AHL record for shorthanded goals with six. Mike made his NHL debut on November 21, 2007 in St. Paul, Minnesota for the Canucks against the Minnesota Wild. Mike has since played for the Anaheim Ducks, Toronto Maple Leafs, Edmonton Oilers, San Jose Sharks and retired from the NHL in 2016 as a member of the Montreal Canadiens.

Rick DiPietro moved to Skokie in 1984 from Winthrop, Massachusetts when he was three years old. He started in hockey in the Skokie Flyers "Mighty Mites" Learn-to-Skate program in 1985 and eventually made the Skokie Flyers Mite A-2 team in 1987 as a six year old goaltender. His first coach was Skokie Park District's first ever Hockey Supervisor Sue Varon-Spector. He played three years of Skokie All-Star hockey as a Mite and Squirt before moving back to Winthrop in 1990.

Rick eventually progressed as a top level collegiate goaltender at Boston University and was the first player selected in the 2000 NHL Draft by the New York Islanders. It was the highest selection for a goaltender in the history of the NHL Draft. In 2006 the Islanders showed how much they thought of Rick by signing him to a very lucrative 15 year contract. Rick retired from professional hockey in 2014.

Dov Grumet-Morris began skating as a five year old at the Skatium in a Mighty Mites class in the summer of 1987. Both he and his older sister Aviva were participants in the class and his father Ken, who played goaltender in leagues in New York helped out with coaching. Although Dov's first team experience was not exclusively as a goaltender in the Skatium's Minor Mite house league, he eventually followed the footsteps of his father and became a goaltender soon after that playing for the Skokie Flyers All-Stars as their number one goaltender in Mite AA and Squirt AA, 1989-1993. The Grumet-Morris family members were regular fixtures around the Skatium through the 1990's. In addition to Aviva, Dov has three younger brothers, Ariel, Amit and Zev as well as a younger sister Yardana, all who have been through the Skokie Flyers hockey program.

In 1994 Dov left the Skokie program to move on to AAA hockey and eventually made a junior hockey team in the NAJHL.

After that season in Danville, Illinois he accepted an opportunity to play at Harvard. His collegiate career at Harvard was exceptional. He currently holds 13 records in the Harvard hockey record book. The Philadelphia Flyers were impressed enough with Dov and his accomplishments at Harvard to select him in the 5th Round of the 2002 NHL Draft. When the Flyers drafted him Dov had said to his friends of Skokie "Once a Flyer, Always a Flyer."

Dov was released by Philadelphia in 2005 and picked up by the Phoenix Coyotes that same year. He played for Phoenix's top farm club in the AHL - the San Antonio Rampage during the 2005-06 season. In the 2006-07 season he made the rounds playing for the top farm clubs of the Anaheim Ducks (Portland Pirates), Montreal Canadiens (Hamilton Bulldogs) and Vancouver Canucks, finishing the season with the Manitoba Moose. In the 2007-08 season he had signed on with the Nashville Predators and played for their top farm club the Milwaukee Admirals. In the summer of 2012 he signed with the Florida Panthers and played within their organization before announcing his retirement from professional hockey in 2014.

Gerald began playing hockey in Evanston, but eventually moved over to the Skokie Flyers to play as the number one goaltender for our Squirt AA team in 1995 and our Pee Wee AA team in 1996. Those two successful seasons in Skokie catapulted him to playing AAA hockey and eventually playing for the US National team before playing in the Ontario Hockey League for the London Knights.

The 2004-05 season in London was historic for Gerald as his team set a Major Junior Canadian Hockey League record for longest undefeated streak starting the season with a 29-0-2 record. Gerald played in most of those games during that streak and still holds the London Knights record for Lowest G.A.A. with a 1.70. Gerald was selected in the 7th round of the 2003 NHL Draft by the Tampa Bay Lightning. He got into two games with the Lightning in the 2005-06 season. In 2006-07 he was playing for the Lightning’s top farm club – the Springfield Falcons of the AHL, before getting traded towards the end of that season to the Anaheim Ducks. He then would wind up his professional career in 2013-14 playing with the Alaska Aces of the ECHL, then a minor league affiliate of the St. Louis Blues.

Derek learned to skate at the Skatium and later became a dominant, sleek little Mite and Squirt player for the Skokie Flyers in 1988-1991 before he moved on to another organization. He later played AAA and then went on to juniors in the North American Junior Hockey League playing for the Danville Wings for the 1998-99 & 1999-2000 seasons. His productive junior career led him to a recruitment offer to play Division 1 college hockey at Miami University. He had a stellar four year collegiate career for the Red Hawks where he captained the team both his junior and senior seasons and also led his team in assists his senior year in 2003-04. He later signed on professionally and played in the American Hockey League for four different organizations before settling on a successful European career until he retired as a player in 2013.

Jake Heller fell in love with hockey when he and his brother Gabe first took to the ice in the early 1990's. Soon after, Jake donned the Skokie Flyers jersey as he played Mites thru Bantam being coached along the way by his dad Lew, who still instructs hockey classes at the Skatium today with Future Flyers and Adult Instructional hockey classes. After seasons of AAA hockey while in high school Jake went on to a Canadian Junior Hockey career as a 16 year old playing for the Erie Otters of the Ontario Major Junior Hockey League for five seasons.

His junior tenure was turbulent as he battled injuries and an illness that kept him out of action for awhile. However he passionately rebounded in 2004-05 playing in 67 games for the Otters and was honored as the recipient of the Vinnie Scott Award as the most determined and hardest working player for the Otters that season. In 2005-06 after his final season with the Otters he signed on professionally to play for the Johnstown Chiefs, then the affiliate of the Tampa Bay Lightning. The Chiefs, and the town of Johnstown, were made famous for being portrayed in the highly popular 1977 hockey cult movie - Slap Shot.

Mike began hockey at the Skatium as a seven year old Mite in 1992 following the path of his older brother Herbie. Mike caught on with the game almost instantly and after seasons through the Flyers house league and travel programs he eventually played AAA hockey and then was selected to be a member of the USA Hockey National Team Development Program in 2001. After two season with the NTDP he accepted a scholarship to the University of Notre Dame where he starred for four seasons. After a successful college hockey career he signed professionally and bounced around with many different teams in numerous professional leagues. His most successful professional seasons have came in 2010-11 with the Milwaukee Admirals, the farm club for the Nashville Predators. He finished his professional career in 2013-14 overseas playing in Denmark.

Sean played Flyers hockey Mites thru Pee Wee thru the mid-1980's before he pursued AAA and then eventually junior hockey for the Dubuque Fighting Saints of the United States Hockey League. After a successful junior hockey stint in Dubuque, Sean put together a four year 148 game collegiate career as a premier defenseman at the University of Notre Dame 1996-2000. He then turned professional playing mostly in the East Coast Hockey League with the Trenton Titans and Cincinnati Cyclones. He retired from professional hockey in 2002.

You could win VIP tickets to the 2023 Premier League Mornings Live Fan Fest in Orlando!HOW TO ENTER