HOCKEY AT THE SKATIUM ICE ARENA

OUR 2021-2022 SEASON & FALL SESSION REGISTRATION IS NOW IN PROGRESS

2021-2022 registration information is now available on the "Youth Leagues" tab above.

"Do More With The Sport You Love!"

Congratulations to the 2021 Adult League Spring Champions - The LOT LIZZARDS

#19 BRENDAN BUIST and his parents Rob Buist and Colleen McVeigh

#69 DANIEL GORSKI and his parents Neil and Suzette Gorski

Congratulations to our Flyers Pee Wee 1 Tournament Team, Champions of the Rosemont Outdoor Classic going undefeated throughout the tournament defeating the Sabres in the final 4-2.

Coach Mike Berrafato announced he will be retiring after this 2019-20 season and is holding his award presented to him for 25+ years of coaching service to the Flyers Hockey Club prior to his Pee Wee team's game on Feb 24th.

Former NHL Star and Skokie Flyer Mike Brown is interviewed by Sal Barry on this Puck Junk Podcast. Mike talks, among other things, about his start in hockey with the Skokie Flyers and at the Skatium Ice Arena.

Enjoy listening to the podcast: 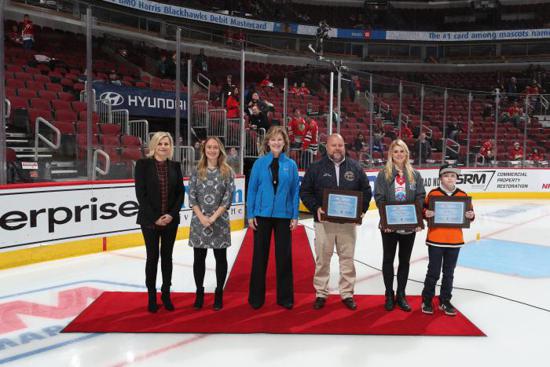 Our 10U Flying Cats team get ready for their game against Flyers #2 on October 21st.

Learn to Skate for Hockey

IS CURRENTLY IN PROGRESS

Our classes offer players who want to eventually play on a Flyers hockey team, however have little or no hockey or skating experience. This program takes the beginner skater from standing on skates to executing basic forward and backwards skating skills. Protective equipment is required and provided as part of this class. This includes helmet with facemask, elbow pads, shin guards, hockey gloves and stick. Skate rental is $3 per session.

For 3-6 year old classes only we allow one parent to accompany their child on the ice during the class. Parents must have their own skates. Please arrive 20 minutes prior to the start of class to put on equipment.

Please click on CLASSES at the top of the

Thanks to Stanley Cup winning former Chicago Blackhawks player and current television analyst Jamal Mayers and the Blackhawks for offering a Rink Partnership Clinic on December 30th where all participants had made generous donations to the Village of Skokie Holiday Giving Program to help out the needy people of Skokie for the holidays. 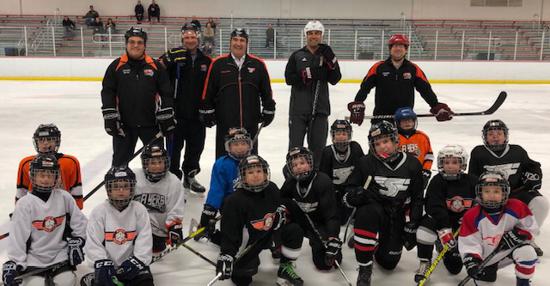 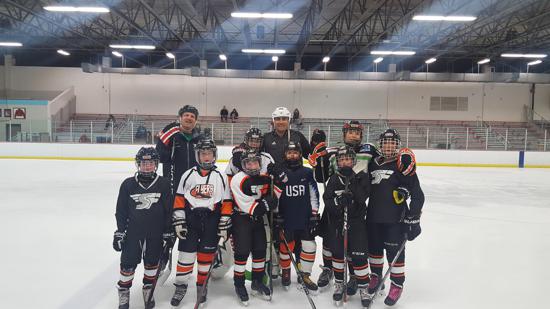 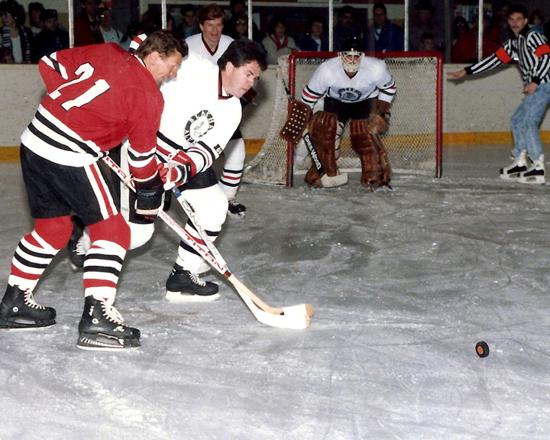 Blackhawks Legend Stan Mikita played at the Skatium in the very first Chicago Blackhawks Alumni Game in 1988. Here he battles for a loose puck against Dale Tallon, as Keith Magnuson backs up Tallon. The referee was an active playing Denis Savard and the goalie was Skatium's Hockey Director Steve Glickman. 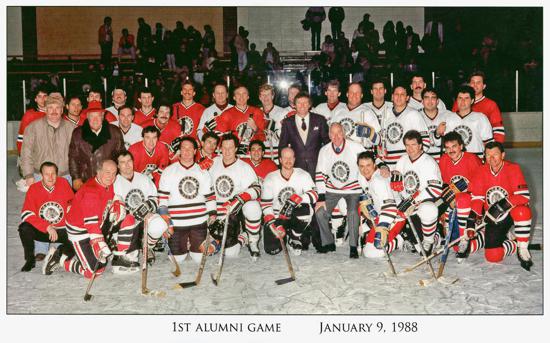 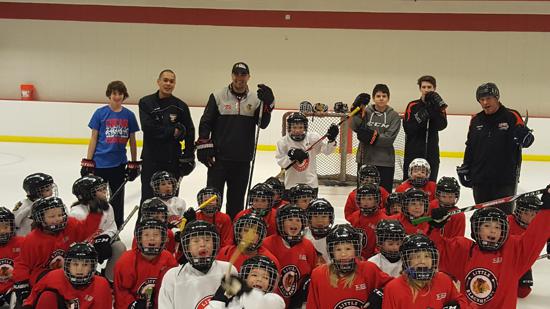 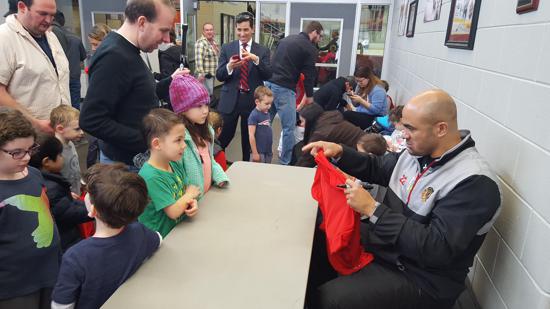 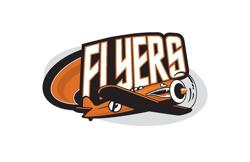 Go to the link below 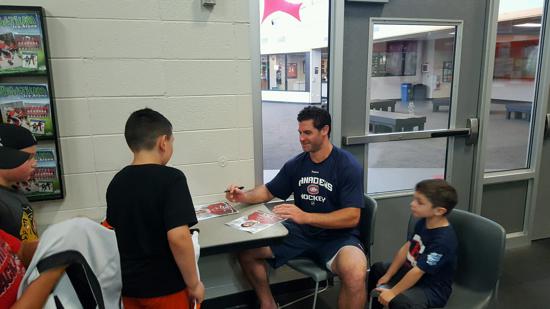 MIKE BROWN, former Skokie Flyer and current NHL star, most recently with the Montreal Canadiens, comes back to his original home and visits the Skatium and the Summerstars Hockey Camp on July 25th signing autographs with his son Axel looking on. 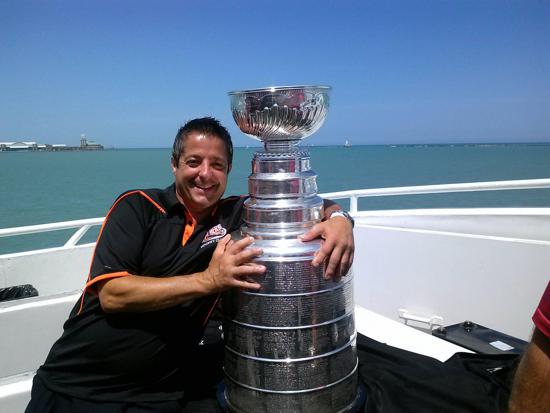 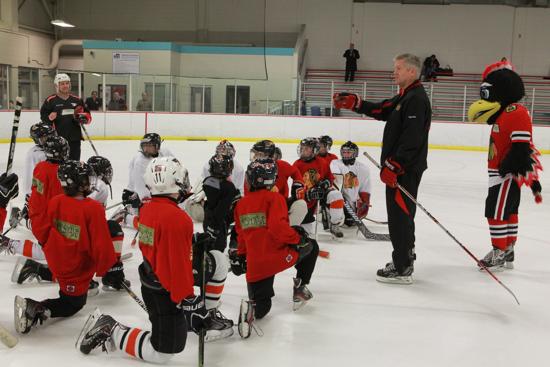 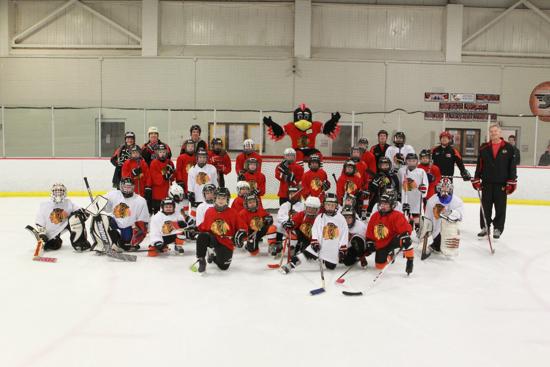 COME BE A PART OF THE SUNDAY 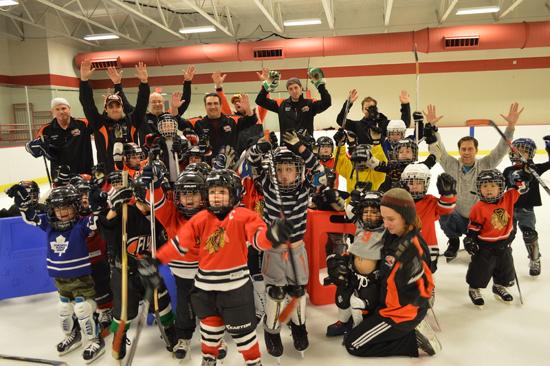 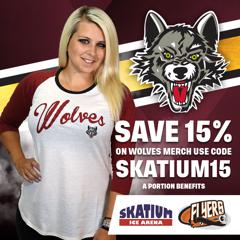 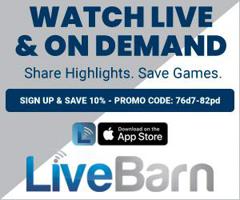 LiveBarn is now available at the Skatium. Go to www.livebarn.com to sign up. Use Promo Code 76d7-82pd to Save 10%

AHAI, Athletico Physical Therapy, the Chicago Blackhawks, and NorthShore University HealthSystem have come together to create the AHAI: A Step aHead Baseline Testing initiative to combat one of the most common head injuries: concussions. The program includes free baseline concussion testing and educational programs, to youth hockey players in the AHAI program. For more information and to register for a free baseline screening please go to the A Step aHead website. 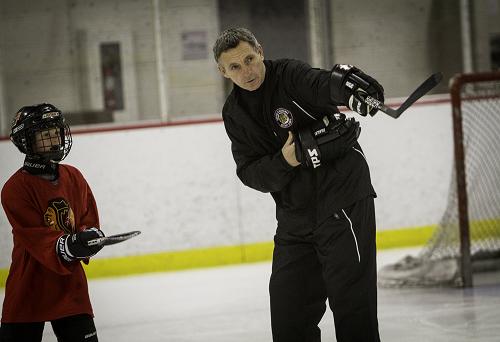 Chicago Blackhawks Great and NHL Hall of Famer Denis Savard has been one of many special guest instructors who have conducted skills clinic at the Skatium.